Enzymes are proteins that act as biological catalysts (biocatalysts). Catalysts accelerate chemical reactions. The molecules upon which enzymes may act are called substrates, and the enzyme converts the substrates into different molecules known as products. Almost all metabolic processes in the cell need enzyme catalysis in order to occur at rates fast enough to sustain life. Metabolic pathways depend upon enzymes to catalyze individual steps. The study of enzymes is called enzymology and a new field of pseudoenzyme analysis has recently grown up, recognising that during evolution, some enzymes have lost the ability to carry out biological catalysis, which is often reflected in their amino acid sequences and unusual "pseudocatalytic" properties.

β-glucuronidase is a ubiquitous enzyme that catalyzes the hydrolysis of a glucuronide moiety from a variety of substrates. This enzyme is present throughout biological systems, including bacteria up through humans. α-glucuronidase catalyzes the conversion of α-D-glucuronoside to alcohol and D-glucuronate. Deficiencies in the human form of β-glucuronidase (overall structure, PDB ID 3hn3) is associated with a disease known as Sly Syndrome (AKA Mucopolysaccharidosis VII -- MPS VII). This disease is characterized by mental retardation, short stature, macrocephaly, and enlarged joints. As is commonly seen with genetic disorders, patients with this disease present a spectrum of symptom severity, but the disease is always ultimately fatal.

Sulfatases are enzymes of the esterase class that catalyze the hydrolysis of sulfate esters. These may be found on a range of substrates, including steroids, carbohydrates and proteins. Sulfate esters may be formed from various alcohols and amines. In the latter case the resultant N-sulfates can also be termed sulfamates. Sulfatases play important roles in the cycling of sulfur in the environment, in the degradation of sulfated glycosaminoglycans and glycolipids in the lysosome, and in remodelling sulfated glycosaminoglycans in the extracellular space. Together with sulfotransferases, sulfatases form the major catalytic machinery for the synthesis and breakage of sulfate esters. 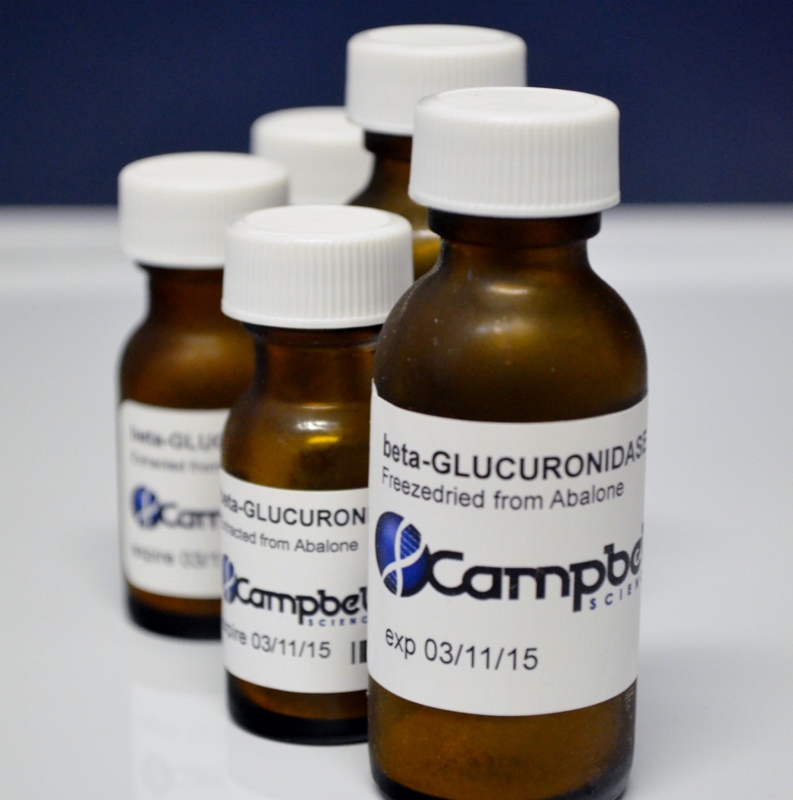